CHARLESTON, WV (WOWK) – A true trail blazer. Doctor Sherri Young, DO, FAAFP became the first woman named as Director of the Kanawha-Charleston Health Department in West Virginia, but she has worn many hats in her professional career. Success didn’t happen overnight for Dr. Young, in fact her fascination with medicine began at an early age.

“I guess I really started getting interested in medicine because my grandfather was a quadriplegic,” said Dr. Young. A tumor on his spine was the cause.

Dr. Young believes that witnessing her family rally around their beloved grandfather was the start of her appreciation for medicine. 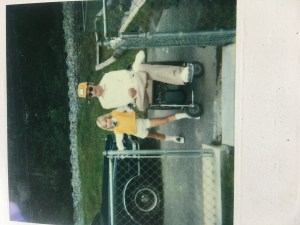 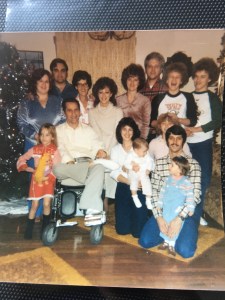 Young graduated from West Virginia University in 1998, earning her Bachelor of Science in Speech Pathology and Audiology.

“I loved working with kids especially, so it was a better fit, more hands on experience. So that was my unique path to medical school,” Dr. Young said.

It was a path that was no easy feet. In 2003 she completed her doctorate of Ostephathic Medicine from West Virginia School of Osteopathic Medicine in Lewisburg. Dr. Young would complete her 3 year residency at Charleston Area Medical Center in Charleston. While working at Holzer in South Charleston, providing medical services to the community, her career started to evolve. Then in 2015, West Virginia would get its first Immunization Officer; and Doctor Sherri Young was the woman for the job.

“As I was still in clinical practice, I was able to become the medical director for the University of Charleston Physician Assistant Program,” Dr. Young said. “I was very fortunate I got to do both roles, I got to help with the physician assistant program and be the first state immunization officer.” 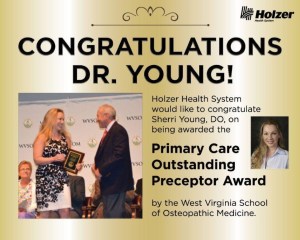 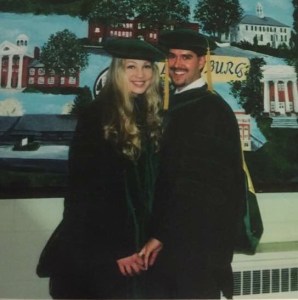 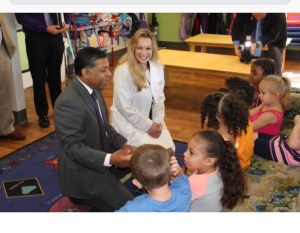 “I’ve had a really unique career in the fact that I’ve got to work in clinical practice, in state, in public health and in education and a little bit with the insurance industry to really understand and help them with their needs,” Dr. Young said.

Helping others had been her goal through out her career, but her climb up the ladder would come to a screeching halt. In a tragic turn of events, it would be her own family that would need help. January 12th, 2018 Dr. Young would wake up to the smell of propane.

“It was unusually strong.” Dr. Young said. The family had a 1,000 gallon propane tank that sat on the hill behind their home. “My husband came up the stairs and said the propane tank rolled over. It was spilling all over our house, into our garage into our crawlspaces. It was disastrous.” 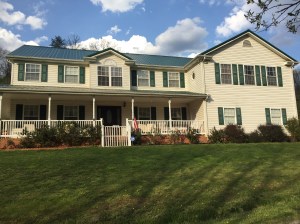 It was also just the beginning. Doctor Young, her husband and their 10-year-old daughter Gabbi, ran to safety, waiting for first responders to arrive. Once on scene, they would be faced with much more than a leaky propane tank.

“We got on the other side of the trees an I turned around and there was this massive eruption of a flame that went about 40 feet high. It was so bright that it lit up the entire night sky. It was the last time we saw our house,” Dr. Young said. 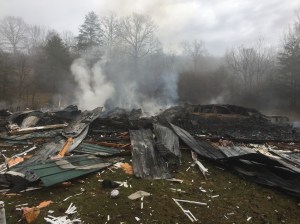 The family cheated death. They lost everything. And losing three dogs left them heartbroken. But having escaped with their lives, she says it’s not the material things that mattered. They’re thankful no one outside of the family suffered what could have been a deadly disaster. Through tears she explained how grateful they wear no one perished in the explosion.

“If a fireman would have lost a life or a first responder…it would have been so much worse. I’d rather lose everything I have, than for someone to be hurt. And it was so close,” Dr. Young said.

For someone who spent their live helping others, the tables had turned, now the community was coming to her family’s aid. They were met with an outpouring of support.

“I spent my life trying to be a physician so I could help other people and all the sudden I’m the one thrown into needing help and it was hard to except, it really was,” Dr. Young said. 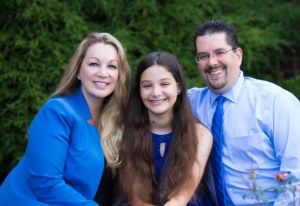 It was a pivotal moment on the timeline of her life. Though losing her home and belongings was a painful experience, she used the tragedy to do something familiar. Help others. She dedicated her Presidency of the West Virginia State Medical Association as the “Year of Giving Back,” and initiated many projects aimed at giving back to her community.

Doctor Young shares her family experience in the book, “Blessed: A Family’s Struggle to Rise from the Ashes.” It details how they narrowly escaped the explosion and how they would attempt to piece their lives back together through the support of their family, friends, and their faith. 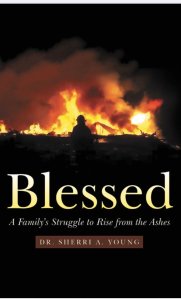 From work to her personal life she always put her community first. Dr. Young’s story of dedication, strength, generosity and success is truly a feat nothing short of remarkable.

CHARLESTON, WV (WOWK) -- West Virginia Governor Jim Justice entered the joint session to loud applause, much of it based on the state's recent economic success stories. In his address the governor cited the recent arrival of Nucor Steel and Green Power, bringing with them more that a thousand initial jobs.

Thompson says they will meet on Wednesday and Thursday and “hopefully resolve this.”

CHARLESTON, WV (WOWK)—West Virginia Governor Jim Justice had a message for those who have doubted the state.

The governor listed recent accomplishments in the state, including the addition of Nucor facilities in West Virginia, but it was the end of his speech that some will likely find controversial.

Governor Justice prepares to deliver State of the State Address

Man sentenced for shooting firearm at stuck vehicle to ‘scare’ them

Snow will hit Kentucky, Ohio and West Virginia on Friday

Snow will hit Kentucky, Ohio and West Virginia on Friday