(NASA) – NASA spacecraft are exploring our planet, our solar system and beyond. How do they tell us what they find out there? Spacecraft send information and pictures back to Earth using the Deep Space Network, or DSN. The DSN is a collection of big radio antennas in different parts of the world. 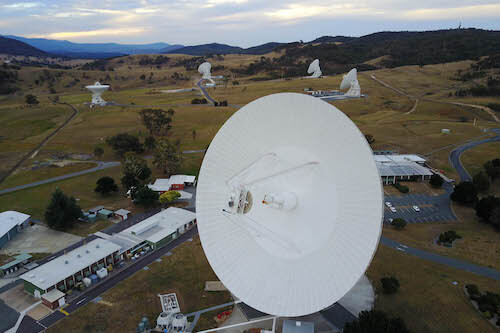 The DSN complex in Canberra, Australia. There are at least four antennas at each DSN site. Image credit: NASA/CSIRO/Canberra Deep Space Communication Complex

There are DSN locations near Canberra, Australia; Madrid, Spain; and Goldstone, California. Those sites are almost evenly spaced around the planet. That means as the Earth turns, we never lose sight of a spacecraft. 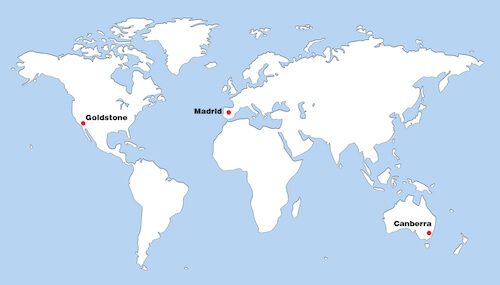 What do the DSN antennas do?

Spacecraft send images and other information to these big antennas. The antennas also receive details about where the spacecraft are and how they are doing. At the same time, NASA uses the DSN to send lists of instructions out to the spacecraft. 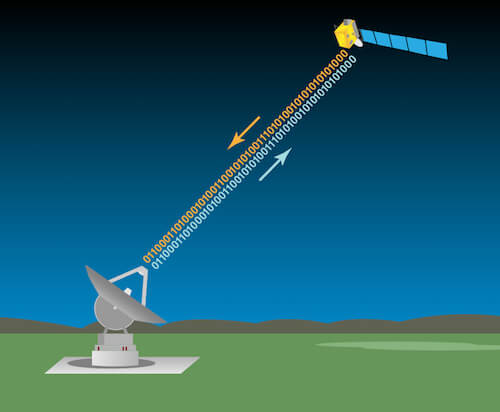 How do spacecraft communicate with the DSN?

Our robotic explorers have a lot to do. The tools they use to communicate can’t be too heavy, take up too much room, or use too much power. Small antennas on the spacecraft can beam weak radio signals back to Earth.

The farther away a spacecraft is, the larger the antenna you need to detect its signal. The largest antenna at each DSN site is 70 meters (230 feet) in diameter. 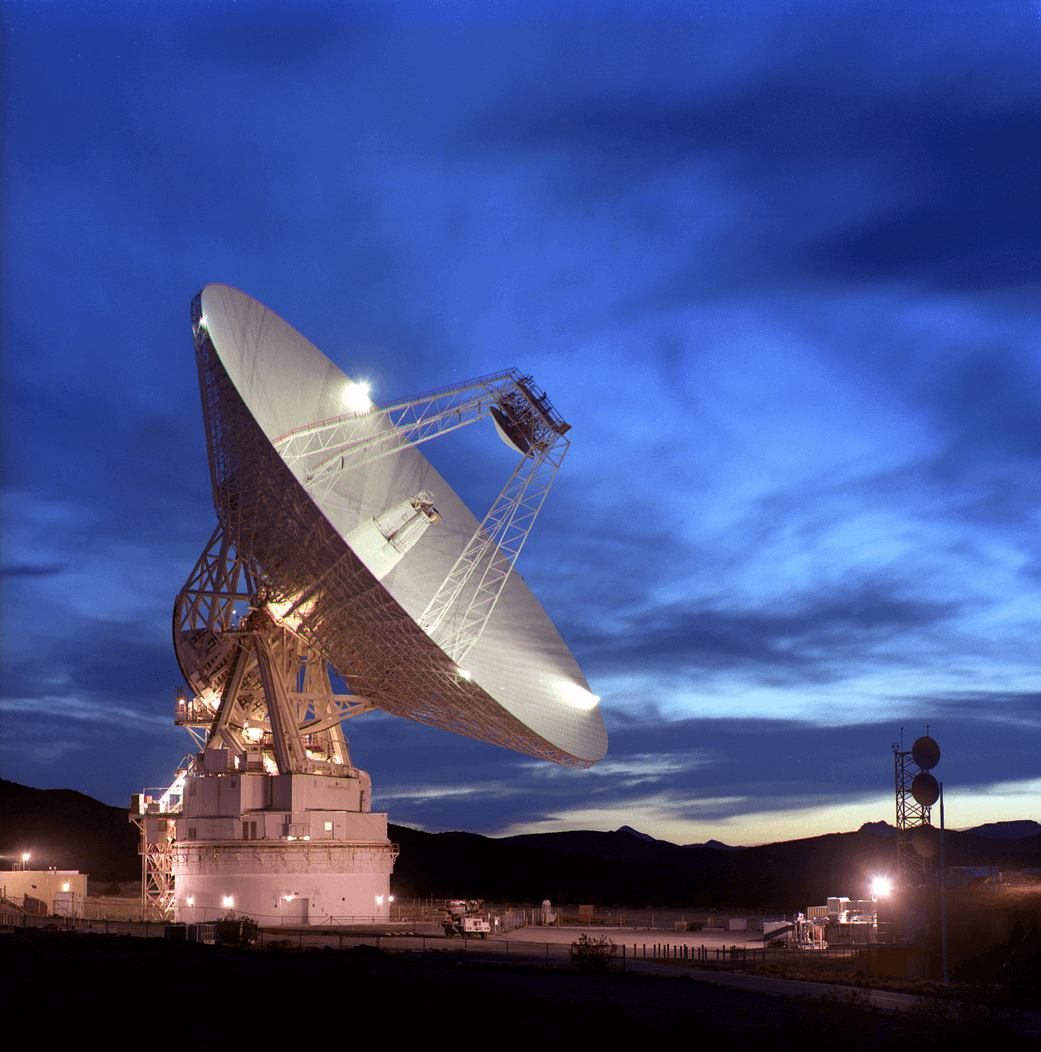 Each DSN site features a large 70-meter (230 foot) antenna. This one, called the Mars Antenna, is located in Goldstone, California. Image credit: NASA

The most distant objects that the DSN communicates with are NASA’s two Voyager spacecraft. Launched in 1977, Voyagers 1 and 2 studied Jupiter, Saturn, Uranus and Neptune. Today, Voyager 1 is exploring beyond our solar system in interstellar space!

Because the Voyagers are so far away, their signals to the antennas are very weak. In fact, the power that the DSN antennas receive from the Voyager signals is 20 billion times weaker than what is needed to run a digital watch! Engineers have figured out ways to boost those signals so they can be “heard” loud and clear.

In this video, the zigzag lines represent information passing between the spacecraft and the DSN antennas. Image credit: Screenshot from DSN Now/NASA/JPL-Caltech

What happens once the DSN antennas receive the signals?

Centers at each DSN site receive incoming information. Then, they send it to the Space Flight Operations Facility at the Jet Propulsion Laboratory in Pasadena, California. There, the photos and other data are processed and shared with scientists—and the rest of us! 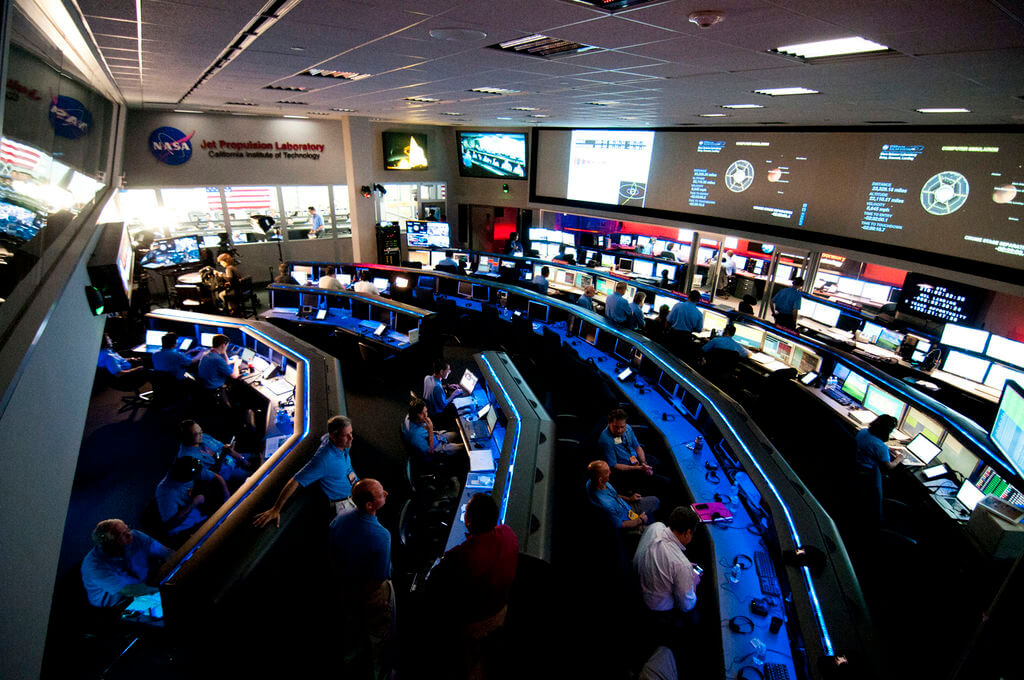 Here is a photo of the Space Flight Operations Facility at NASA’s Jet Propulsion Laboratory. This is the central hub of the DSN. Image credit: NASA/JPL-Caltech

Thanks for signing up!

Watch for us in your inbox.

3 inmate overdoses under investigation at SCRJ

Police: 6 California killings may be work of serial …

2022 Pumpkin Fest kicks off with parade

William Shatner coming to the Clay Center for ‘Star …

Police find $7k worth of drugs in Ohio home

3 inmate overdoses under investigation at SCRJ